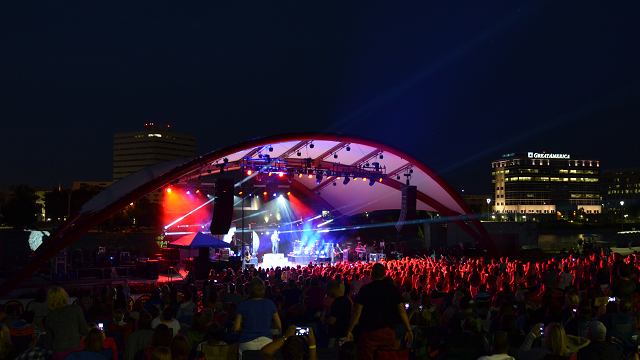 The McGrath Amphitheatre is a naturalized, outdoor amphitheater located on the west bank of the Cedar River within walking distance of downtown. This park was designed to host community programs as well as ticketed nationally touring events and is managed by VenuWorks of Cedar Rapids. A permanent stage with a fabric covering and rigging capability faces a wide sloping lawn and can be set as a fully reserved seated plan or with some seats and a GA lawn. Three entrances serve the amphitheater, along 1st Street SW, along 3rd Ave SW and along H Street SW. Free wifi is available at six points within the amphitheater. 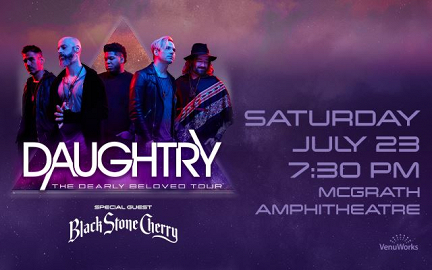 Their debut album, the self-titled Daughtry, was the top-selling album of 2007, producing 4 Top 20 Platinum-selling singles on the Billboard Hot 100 and became the fastest-selling rock debut… 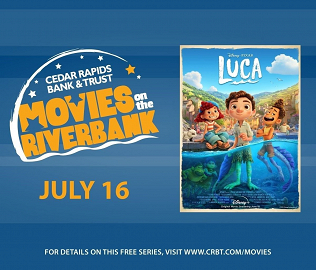 This weeks movies is Luca! On the Italian Riviera, an unlikely but strong friendship grows between a human being and a sea monster disguised as a human. Rated PG; 95 minutes; Cast: Jacob… 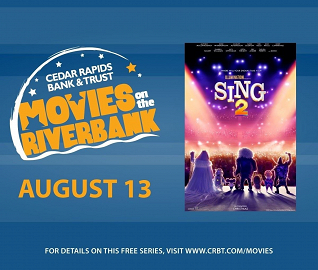 This weeks movies is Sing 2! Buster Moon and his friends must persuade reclusive rock star Clay Calloway to join them for the opening of a new show. Rated PG; 110 minutes; Cast: Matthew… 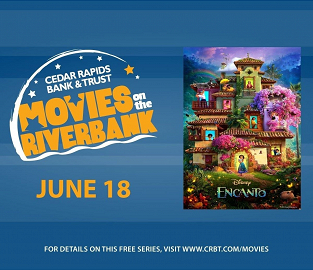 This weeks movies is Ecnanto! A Colombian teenage girl has to face the frustration of being the only member of her family without magical powers. Rated PG; 109 minutes; Cast: Stephanie… Co-written by Moore, “Good Life” embodies a snappy self awareness and an appreciation for living in the moment, with a soul-driven groove. “Good Life” follows the resounding acclaim garnered… 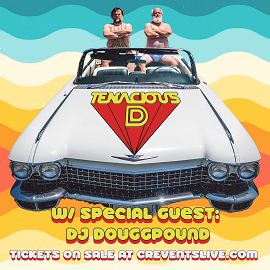 The band had a variety series on HBO that aired in 1999. Their self-titled album was released in the fall of 2001 with Epic Records and was quickly certified at Gold-selling status, and has… 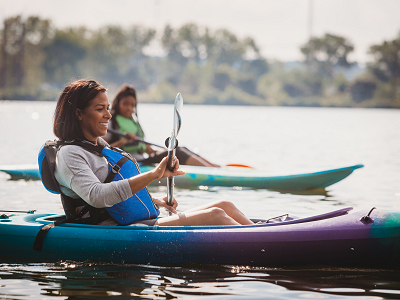 Cedar Rapids has long been called the City of Five Seasons, with the fifth season being the time to enjoy the other four. Check out these unique adventure-filled activities the whole family can relish in Summer! 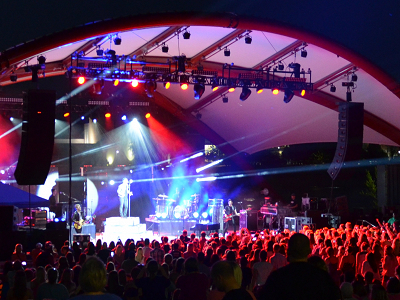 Music on the Riverfront

Cool off on hot summer nights with music and culture on the riverfront! Here’s your summer guide to date night, family night or a girls night out at McGrath Amphitheatre Cedar Rapids. 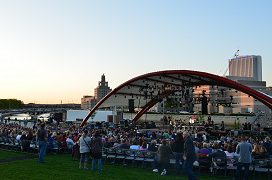